Focusing on the Source of Inflammation
Menu

Astaxanthin has demonstrated efficacy in models of inflammatory-mediated disease, including: Astaxanthin is widely and naturally found in marine organisms, including microalgae, crustaceans, salmon, and trout. It’s the substance that gives these marine animals their distinct color. 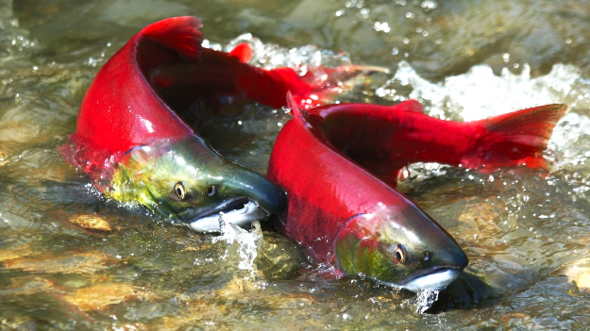 In 1938, Richard Kuhn identified and isolated astaxanthin from lobster. Kuhn had setup a laboratory on the banks of the Neckar River in Germany and quickly established his reputation as a leading experimentalist in organic chemistry. Astaxanthin was one of the earliest carotenoids to be examined by the broader research community.

Noting that astaxanthin was found to improve animal health and vitality, further scientific study ensued. To date, over 2,000 peer-reviewed papers exploring astaxanthin have been published in scientific journals. More than 50 peer-reviewed papers have been published by Cardax team members, ten of which appeared in The American Journal of Cardiology.

Humans have been consuming a diverse array of sea life, including astaxanthin, for many thousands of years, but only recently have we been able to reap the benefits of astaxanthin through supplementation.

Agricultural production of astaxanthin typically comes from the following sources: In contrast, astaxanthin has no known side effects of clinical significance. We believe astaxanthin’s excellent safety profile will be a key competitive advantage.

Astaxanthin is Generally Recognized as Safe (“GRAS”) as a food substance according to U.S. FDA regulations and has undergone extensive toxicity testing by third parties and us with no clinically meaningful issues even at extremely high doses.

The mechanism of action of astaxanthin is quite different than most compounds, and we believe is responsible for its excellent safety profile.

Most drugs target single receptors or enzymes in complex pathways, which can lead to side effects with chronic use. Astaxanthin is distributed systemically, including to the liver and heart, where it localizes in cellular and mitochondrial membranes and reduces the oxidative stress that causes chronic inflammation, without affecting the normal function of inflammatory/metabolic signaling pathways.

Unlike other antioxidants such as beta-carotene, Vitamin C, and Vitamin E, astaxanthin spans and stabilizes cellular and mitochondrial membranes (biological lipid bilayers) to function as an aqueous and lipid phase antioxidant without membrane disruption, as proven by X-ray diffraction studies. As a result, astaxanthin demonstrates positive and quantifiable pleiotropic effects on many inflammatory cytokines and drug targets. Effect of astaxanthin on TNF-α concentrations in the aqueous humor. The aqueous humor was collected 24 hours after LPS treatment. Each value represents the mean ± SD (n=8). The dose of prednisolone was 10 mg/kg. p<0.01, compared with the LPS group.

In animal studies with astaxanthin conducted by third parties: